Looking to kill some time I weighed up the options of liquid in then liquid out or liquid out then liquid in. The most pressing decision of my day so far. Liquid out won the day and I headed for the toilets. As I approached I saw they had wheeled medical screens up outside like something out of a Carry On film. I was half expecting Barbara Windsor to throw her bra over the top and cackle, but instead all I saw was a foot. A man’s trainer, size 10 or 11 maybe, wasn’t quite blocked by the screen. A man. A man down. Outside the toilets, in the Orange Zone of New Street Station. I paused in thought. Someone’s father, someone’s brother, someone’s son. Lying on the floor, behind a screen, outside the toilets in New Street Station. And I took a moment of silent reflection and a small prayer to who knows who. The tannoy blared loudly. Overhead powerline problems in the Coventry area, delays and replacement bus services, the alternative rail route via Moor Street Station were not going to be an inconvenience here today for this unknown man. And I pray that he is ok. 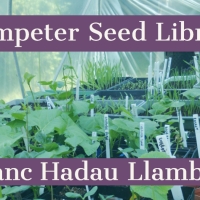